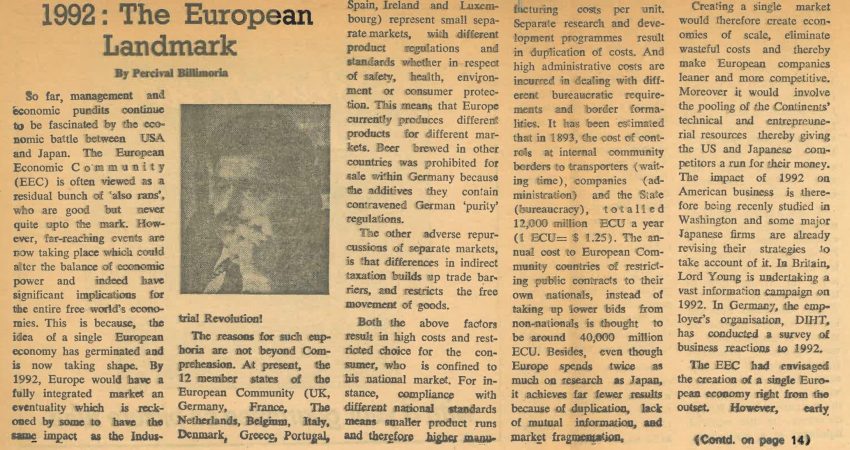 So far, management and economic pundits continue to be fascinated by the economic battle between USA and Japan. The European Economic Community (EEC) is often viewed as a residual bunch off ‘also rans’, who are good but never quite upto the mark. However, far-reaching events are now taking place which could alter the balance of economic power and indeed have significant implications for the entire free world’s economies. This is because, the idea of a single European economy has germinated and is not taking shape. By 1992, Europe would have a fully integrated market and eventuality which is reckoned by some to have the same impact as the Industrial Revolution.

The reasons for such euphoria are not beyond Comprehension. At present, the 12 member states of the European Community (UK, Germany, France, The Netherlands, Belgium, Italy, Denmark, Greece, Portugal, Spain, Ireland and Luxembourg) represent small separate markets, with different product regulations and standards whether in respect of safety, health, environment or consume protection. This means that Europe currently produces different products for different markets. Beer brewed in other countries was prohibited for sale within Germany because the additives they contain contravened German ‘purity’ regulations.

The other adverse repercussions of separate markets, is that differences in indirect taxation builds up trade barriers, and restricts the free movement of goods.

Both the above factors result in high costs and restricted choice for the consume, who is confirmed to his national market. For instance, compliance with different national standards means smaller product runs and therefore higher manufacturing costs per unit. Separate research and development programmes result in duplication of costs. And high administrative costs ae incurred in dealing with different bureaucratic requirements and border formalities. It has been estimated that in 1893, the cost of controls at internal community borders to transporters (waiting time), companies (administration) and the State (bureaucracy), totaled 12,000 million ECU a year (1 ECU= $1.25). The annual cost to European Community countries of restricting public contracts to their own nationals, instead of taking up lower bids from non-nationals is thought to be around 40,000 million ECU. Besides, even though Europe spends twice as much on research as Japan, it achieves far fewer results because of duplication, lack of mutual information, and market fragmentation.

Creating a single market would therefore create economies of scale, eliminate wasteful costs and thereby make European companies leaner and more competitive. Moreover it would involve the pooling of the Continents’ technical and entrepreneurial resources thereby giving the US and Japanese competitors a run for their money. The impact of 1991 on American business is therefore being recently studied in Washington and some major Japanese firms are already revising their strategies to take account of it. In Britain, Lord Young is undertaking a vast information campaign on 1992. In Germany the employer’s organisation, DIHT, has conducted a survey of business reactions to 1992.

The EEC had envisaged the creation of a single European economy right from the outset. However early efforts were restricted to the elimination of customs and indirect tax barriers. It was only in 1985 that the Commission published a white paper with the awoved objective of creating a fully integrated market along with a predefined and unambiguous time-table, for achieving it. Now, 192, the deadline for adopting the White Papers’ proposal, has become the watchword.

The trend towards an integrated market has changed the rules of the economic game in Europe. Many businesses have already taken steps to assess the implications of this momentous event. Those who fail to adapt to the changing scenario will not survive to lean from their mistake. 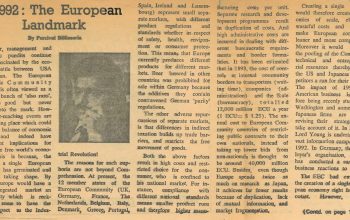 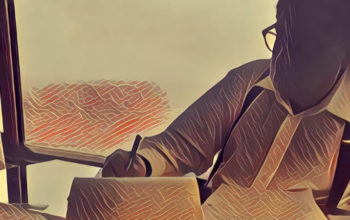